The Ambassador Academy is a five-day training for the brand ambassador to give a better return on investment to its partners. And we are all ambassadors!! Companies have loyal employees that are willing and should comprise an army of ambassadors for a company! With the attacks on the 2nd Amendment, it’s up to our community to be able to effectively communicate the truth, which is guns and gun owners are not the enemy and the 2A is for everyone. At the Ambassador Academy, we practice how to handle hostile and friendly communications about our industry; how to look good on camera doing product reviews; how to film and edit your own content; and how to use social media to your advantage. Students walk away with a portfolio of assets from several professional photographers. And to top it off, there is a full day of personal protection training at one of the most prestigious facilities in the country as well as some live fire with the world's greatest shooters! 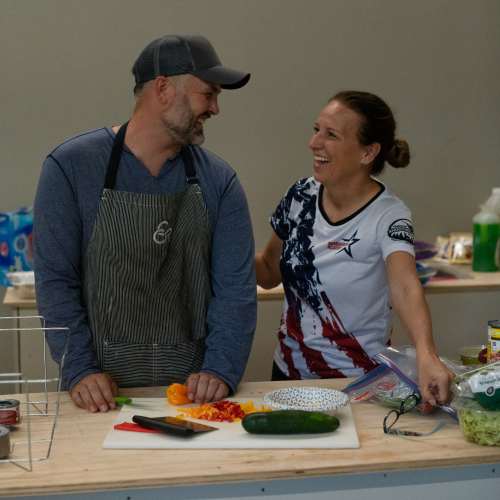 Dianna is a national 3 gun champion and world IPSC Shotgun Champion. She retired police officer and firearms instructor. She founded the DC Project-Women for Gun Rights and the Ambassador Academy, two elements that equip our community to be more effective communicators of our message.

Dianna manages the course and teaches one block of instruction, ‘Company Relations’, drawing on over 10 years of experience being a sponsored shooter and interacting with multiple companies.

Ryan is a multi-talented guy that is a professional 3 gun competitor by day, but leads a secret life of a chef by night! Ryan provides two meals a day for students and staff and some nights a third! You will NOT lose weight during this course!

Ryan is also a engineer by trade, so he acts as a "Mr. Fix It" and helps Dianna manage the program. He also teaches with Dianna in the "Company Relations" block. 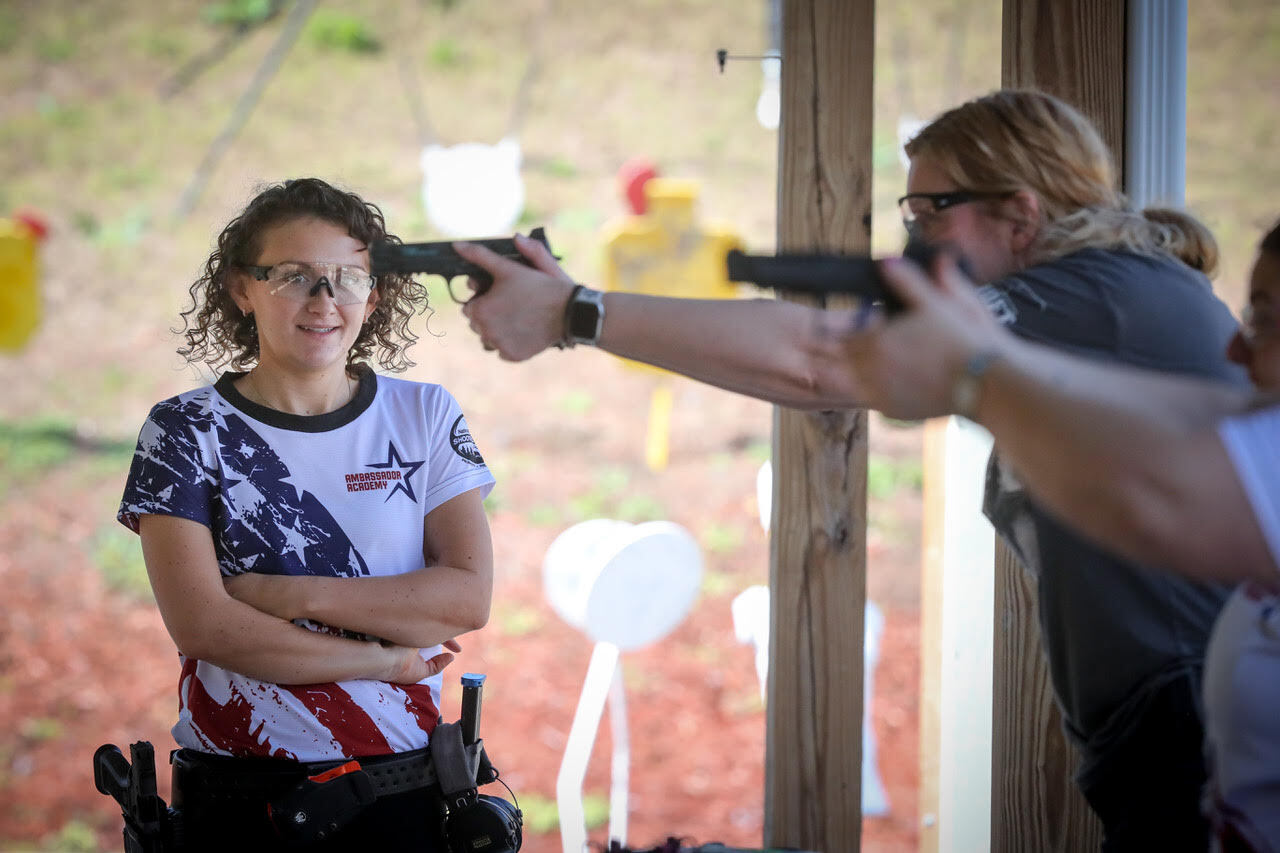 Lena needs no introduction, as she is a superstar in the competitive shooting arena! She has earned multiple world and national titles in 3 gun, IPSC Shotgun and Rifle, and USPSA.

Lena is one of our adjunct instructors for live fire and will give you tips and answers your questions on any platform! The class will focus on pistol, but feel free to bring any gun you have questions about. 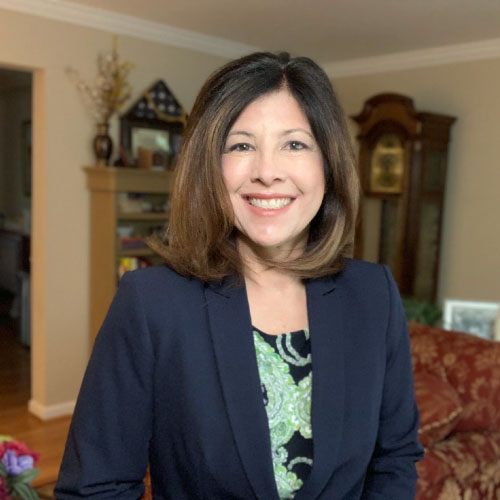 Catherine Mortensen is the Vice President of Communications at Americans for Limited Government. She is a former TV news anchor in New Mexico, elected official in Southern Colorado, and Capitol Hill communications director for Congressman Doug Lamborn (CO-05). Catherine has also served as a spokesperson at the National Rifle Association. She has bachelor’s degrees in journalism and political science from Boston University and a master’s degree in public administration from Harvard University’s Kennedy School of Government.

Catherine is an adjunct instructor for the communications block. She is an expert in 2A messaging and hostile communications. You will be in the hot seat with Cat!

Maj is the founder of Black Guns Matter. He has made ground breaking strides in taking the 2nd Amendment to the urban and black communities. He’s developed a sharp mind and sharp tongue in the defense of liberty and the 2A. He’s been a guest on many news outlets as well as spoken at CPAC and other conventions. He also hosts the "Solutionary Summit". Maj is an adjunct instructor in the communications block. 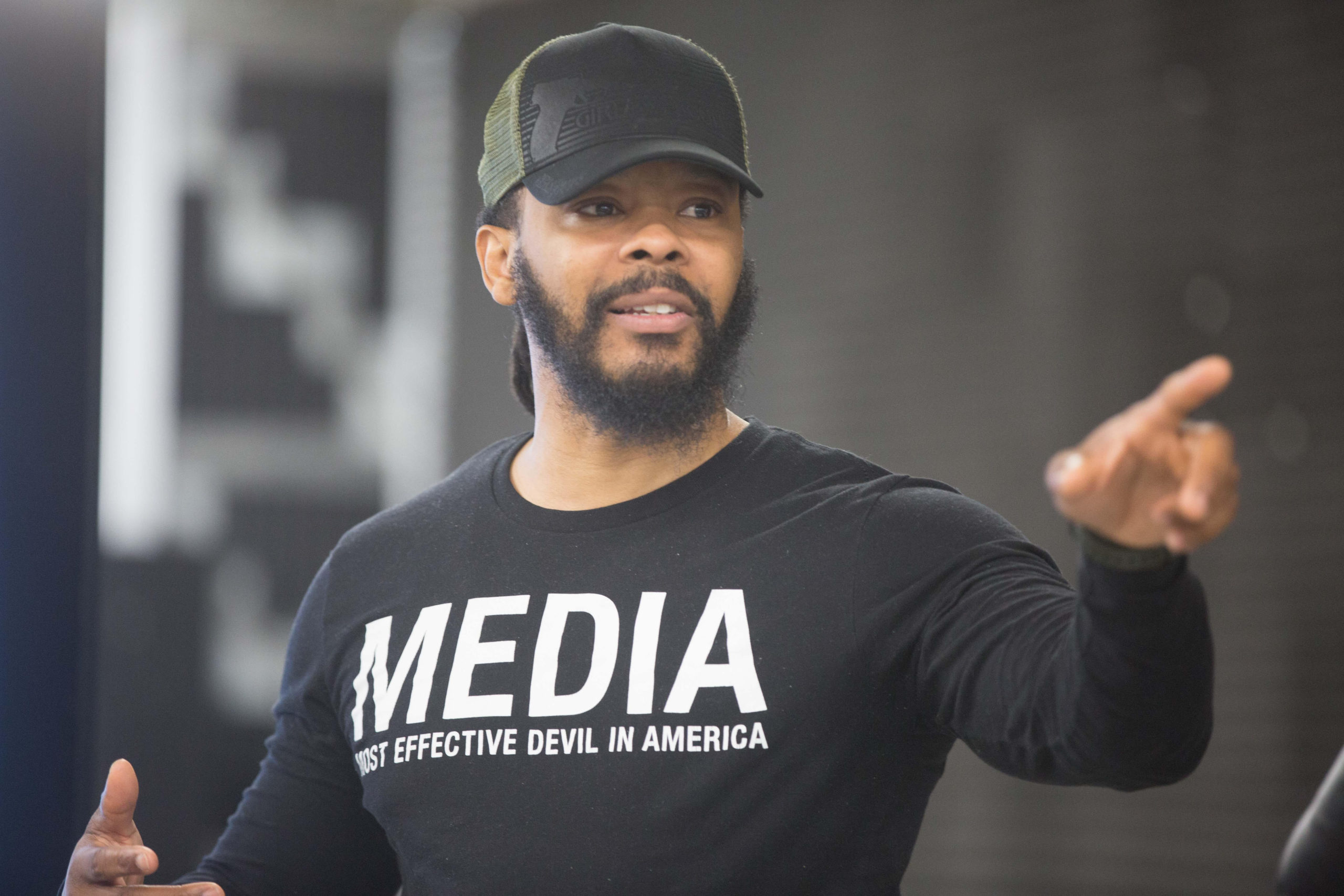 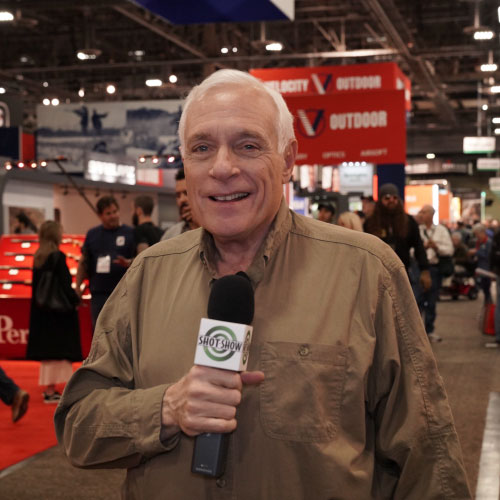 David is the president and founder of SAFER USA, a Chicago-based firearms training school. As president of On Target Media Group, he wrote the free weekly industry newsletter On Target Newsletter for over five years. Beginning September 2012, David began executive producing and co-hosting On Target Radio, a live weekly broadcast radio show on Chicago’s #1 conservative talk radio station - AM560 THE ANSWER. Together with co-host Gretchen Fritz, they cover the red meat issues that affect your life from gun control to freedom of speech. David is also anchor for The National Shooting Sports Foundation’s SHOT Show TV in Las Vegas, a regular contributor to the print publication, The Illinois Shooter, and was previously a columnist for Town Hall Media’s BearingArms.com.

David is an adjunct instructor in the communications block and will help you know how to interact with the camera!

TJ Kirgin is a former Narcotics & Gang Unit Police Officer from North St. Louis. After his career in Law Enforcement, he worked at, ran and eventually acquired his fathers advertising agency. During that time TJ placed and managed over 36 Million dollars in broadcast and internet advertising campaigns. In 2013, TJ found his true calling as an advocate and ambassador for the 2nd Amendment rights of Americans. His brand, Tactical Shit became a household name in certain circles and was recognized by INC Magazine in 2017 as one of the fastest growing, privately held retail companies in America (9th to be exact). TJ also runs Danger Close Media Group which manages social media networks reaching over 30 million gun owners per month and represents numerous industry brands and influencers. TJ's love of freedom and passion for marketing tactics makes him a valuable asset to our Ambassador Academy team of instructors. He is an adjunct instructor for the Social Media block, but gives overall business advice as an added bonus! 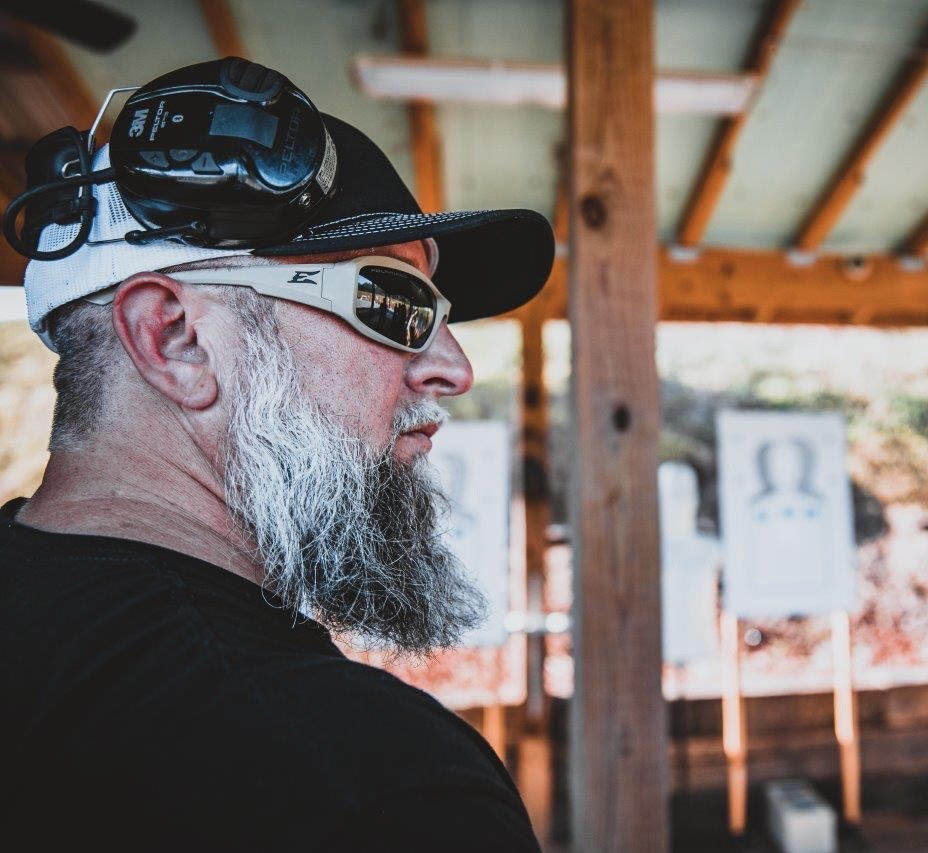 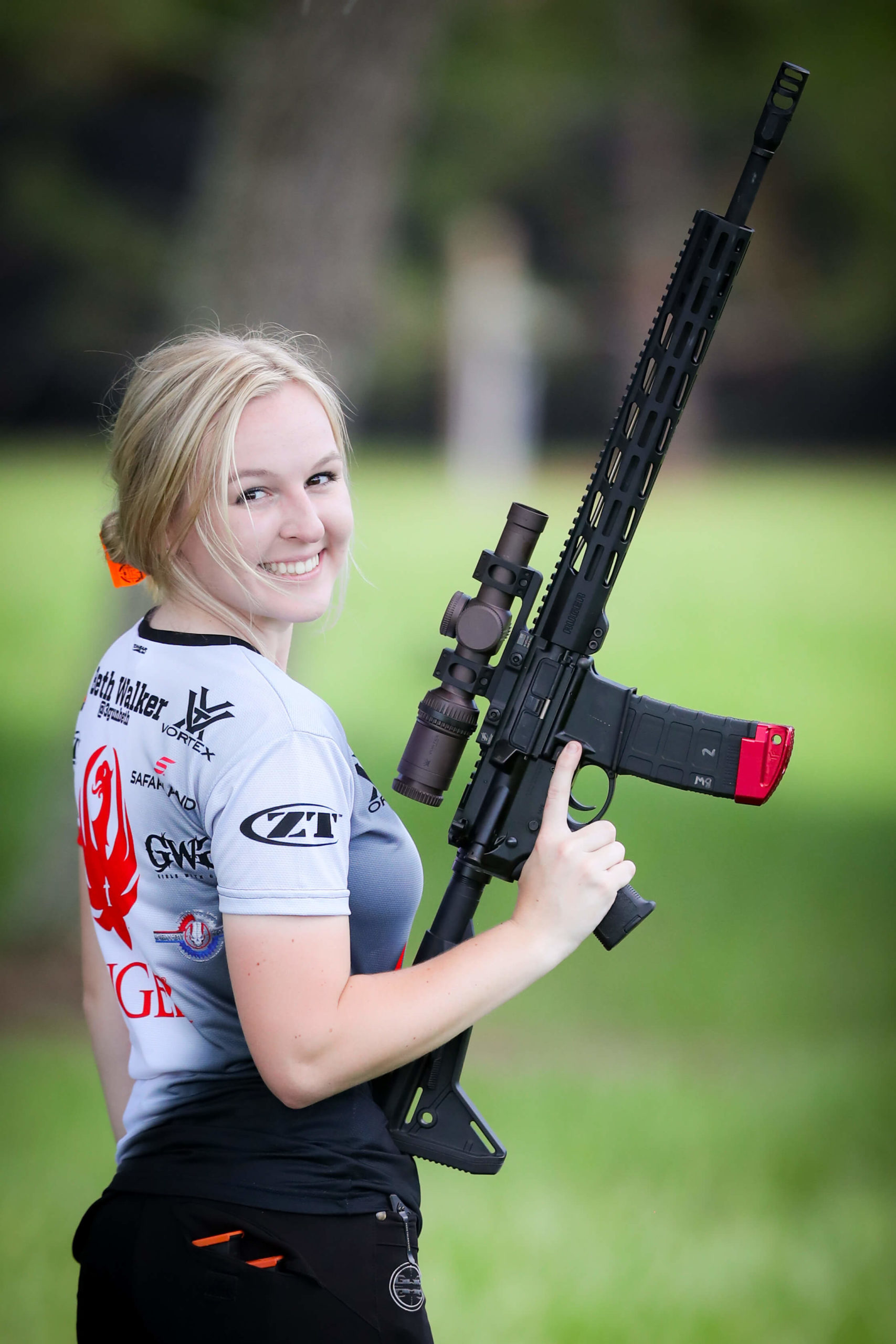 Beth Walker is an accomplished 3 gun competitor, but her hidden talent of script writing and social media prowess being exploited by her full time job at Arsenal Media.

Beth is an adjunct instructor in the Social Media block, but also helps in the photography sessions with posing! She will make you look like a rock star for the camera!

With over 20 years experience with the Associated Press, Dave can make a great picture!! He is also a 3 gun competitor, so he knows how to get the best action shots! 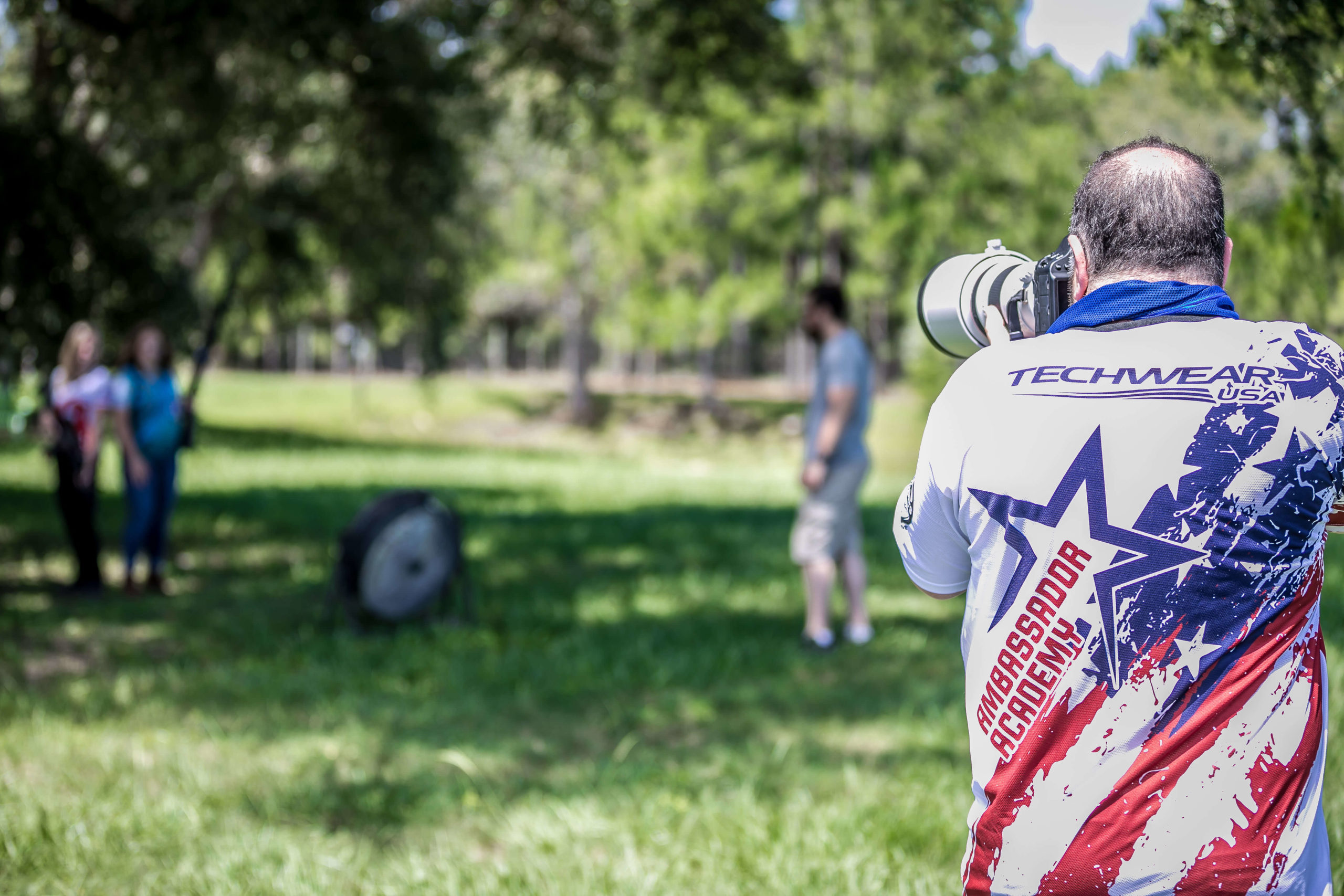 Kristen is a fantastic photographer and captures our candids and head shots.

Josh is a professional photographer and experienced in the shooting community. He is an outstanding asset to the program! 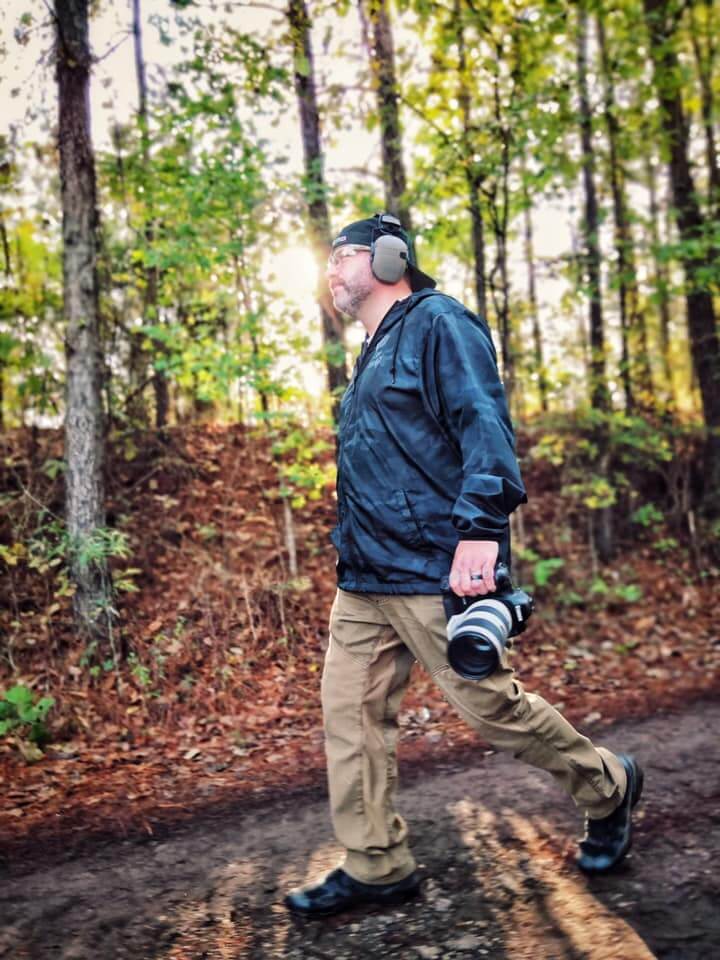 Jenifer is one of our fantastic photographers that will capture a little bit of everything! 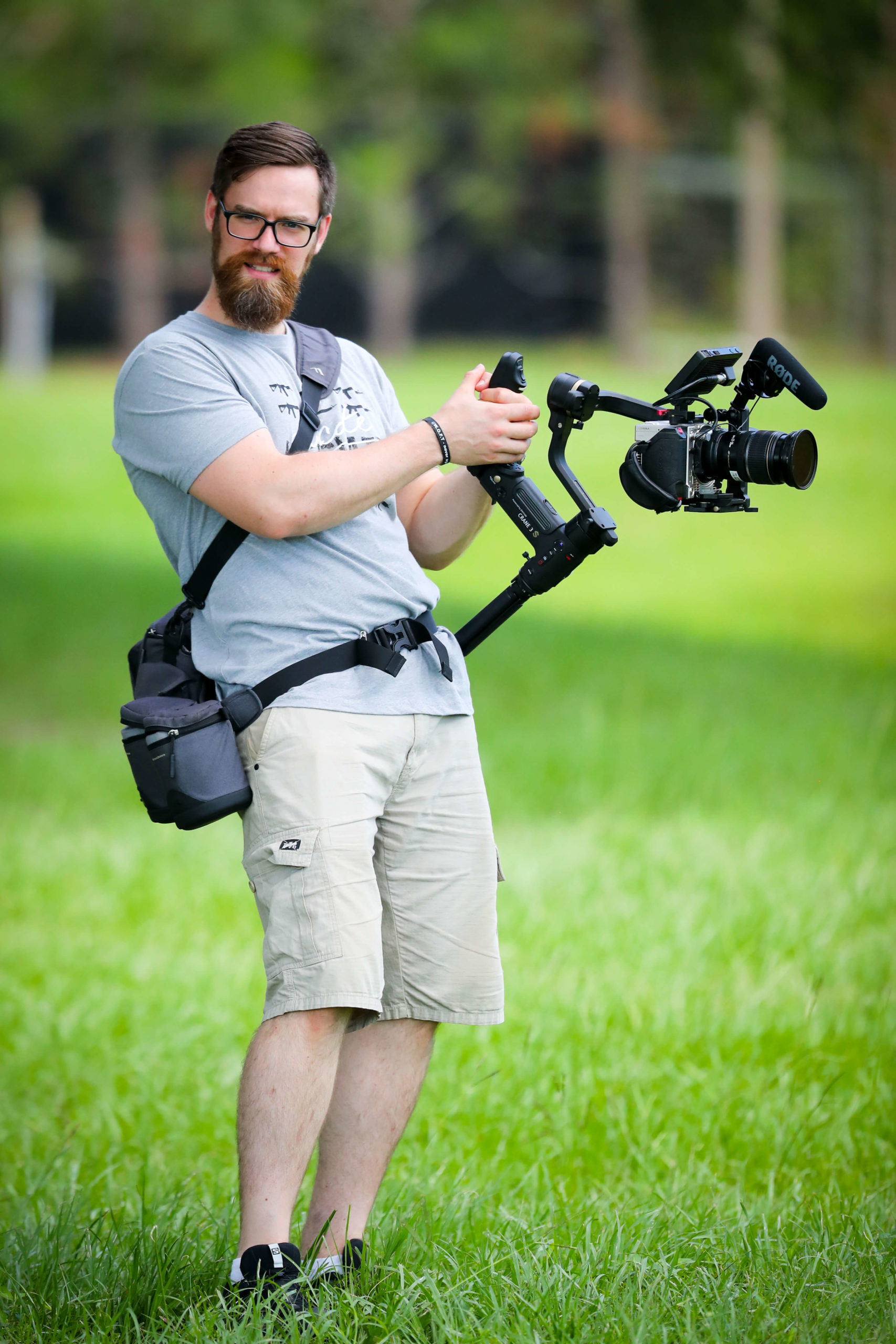